Denim is the world’s most popular fabric, used to make clothes like jeans, jackets, and shirts.

Denim is a strong cotton fabric manufactured with a twill weave in which the weft threads pass under two or more warp threads, creating a reinforced fabric. The outer warped threads are dyed blue or indigo, while the inner weft threads are left white. This is why denim jeans and jackets are blue on the exterior and white on the inside.

Jeans date back to 1567 with the introduction of the word “Genoese” or “genes” to describe the tough twill trousers worn by merchant sailors from the Italian coastal city of Genoa.

The term “denim” is derived from the French “Serge de Nimes“, which refers to a specific sort of cloth produced in Nimes, a town in France. Weavers in Nimes, France, accidentally created the first modern denim, a coarse, strong cotton fabric, in the late 17th century while attempting to replicate the technique of manufacturing “Genoese”.

In May of 1873, Levi Strauss and Jacob Davis patented their denim pants, which were riveted around the pocket seams, ideal for heavy work, which later became the popular denim jeans we know today. Levi Strauss, a German immigrant, moved to New York in 1851 to work with his brother. Later, in 1853, during the “gold rush“, he moved to San Francisco to start his family dry goods business. Levi sold many products, including sturdy imported cotton fabric and denim.

Jacob Davis was a tailor, and he started using the fabric Levi sold to make things like wagon covers, tents, and blankets. During the “Gold Rush“, the clothes sold to miners were frequently torn due to the physical demands of their jobs.

When Davis was asked by a miner’s wife to create a pair of trousers explicitly designed for hard work, using Levi’s denim and copper rivets to reinforce key stress areas around pockets and the base of the fly, Davis made the first pair of jeans. The design with the rivets found success among miners. With a rise in popularity, Davis sought to patent this but couldn’t afford to patent the invention, so he asked for Levi’s help. The two went on to do business together, with Levi becoming responsible for manufacturing the jeans in his San Francisco factory and employing Davis to oversee production and design.

The jeans, which were called “waist overalls” back then, surged in popularity, especially among working-class people like farmers, miners, and mechanics. By the 1920s, the “waist overalls” were the leading item in men’s workwear. The designs were improved over the decade. Belt loops were added in 1922 and button-up flies were replaced by zippers in 1955. 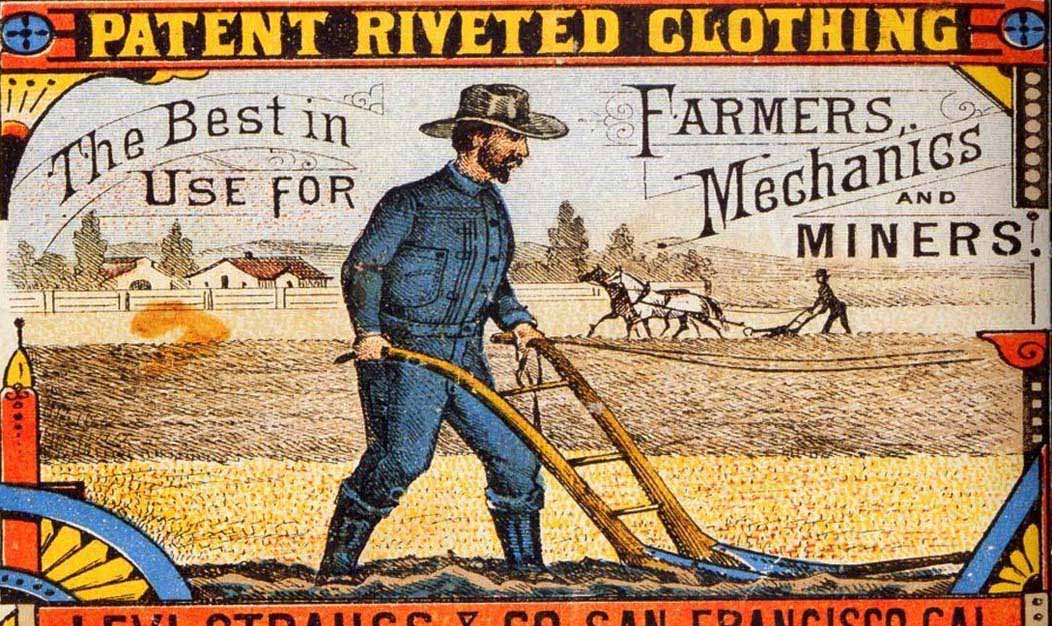 Up until the early 1950s, denim was still seen as work wear. But during the 1950s, denim exploded in American culture and young people started wearing denim, inspired by screen idols who wore jeans on the silver screen, showcasing a rebellious and heroic figure. They were further popularized by pop stars, with people trying to emulate their iconic style.

The widespread trend was soon picked up in Europe, then by Japan, and then the rest of the world, where people were eager to buy into the iconic blue jeans.

The 1960s and ’70s were marked by the bell-bottom, which gained popularity and was widely featured in magazines. In the 1970s, the use of the stone washing technique (using large stones to roughen up fabric to produce a faded, worn appearance) revolutionized the manufacturing of denim, and people of all ages and walks of life started wearing denim. In 1976, Calvin Klein showed blue jeans on the runway — the first designer to do so. Gloria Vanderbilt introduced her hit jeans in 1979. These designer jeans were not only a commercial success but were also marketed with a racier image in mind.

The 1990s were characterized by oversized, low-slung baggy jeans inspired by hip-hop styles. Baggy, ripped jeans were all over the world in the 1990s, and fashion houses such as Versace, Dolce & Gabbana, and Dior also entered the jean market to promote their designs, among which skinny jeans became a favorite in the 2000s.

Denim in the Modern Age

Denim in the twenty-first century comes in various styles, including workwear, sportswear, khakis, chinos, and combat. It is also available in various hues, including white, blue, brown, and black. Denim jeans have inherited distinct characteristics over time, and each has been reformulated by designers to reflect individual tastes and styles.

Almost all premium labels and high-fashion designers now send jeans down the catwalk, and they come in various styles: broad, narrow, high-waisted, low, light, dark, or colorful, and at both ends of the price spectrum. Design and technology continue to advance. Jeans are here to stay and are ready to be reinvented by the next great designer.

Denim is one of the most popular fabrics. According to reports, more than half of the world’s population wears jeans daily.

Throughout their 400-year history, denim jeans have been washed, torn, decorated with beads and rhinestones, cropped, and stretched. They went through all different types of fashion and models. However, the fundamental qualities of denim jeans have remained constant. “A classic is timeless.”

Visit The Denim Show and witness the latest trends in the denim industry. 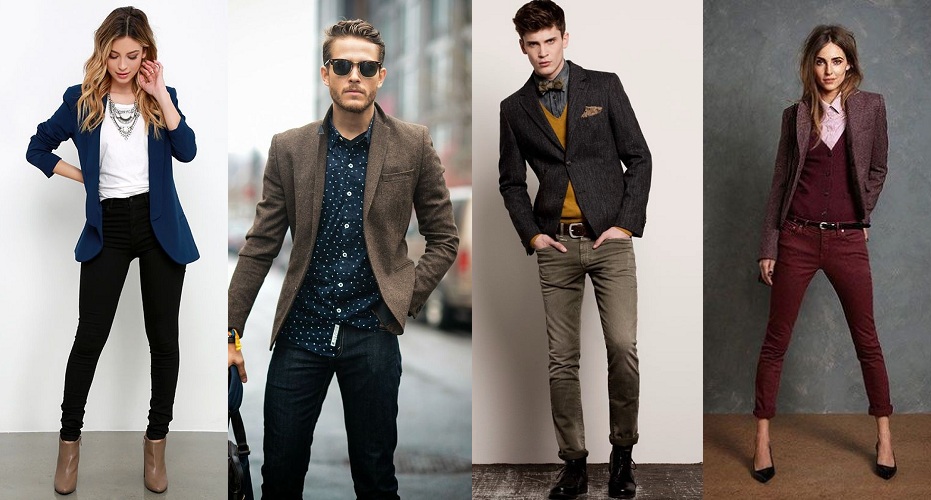 During the pandemic, people prioritized and languished comfort. As we try to leave our masked days behind, we don’t wish to forget…View More 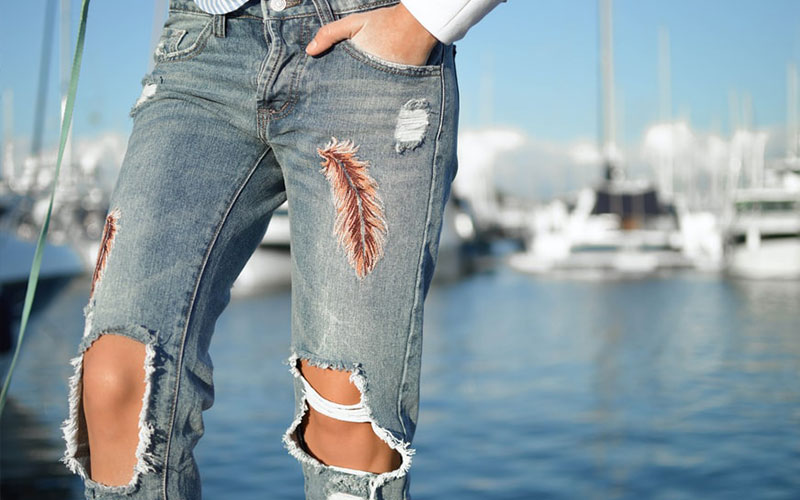 Hemming trends have evolved over the years. Clothing is an imperative part of our days and the way we dress up tells…View More 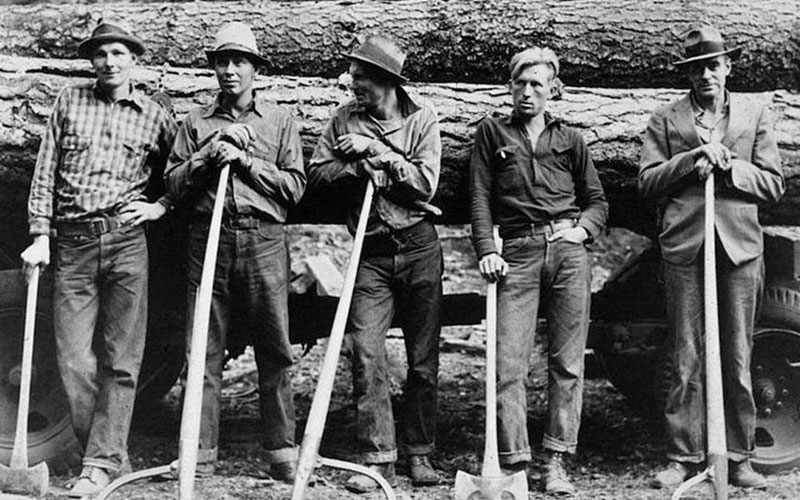 The most selected fabric has some fascinating facts about it since its origin. Denim is the most popular and highly used piece…View More 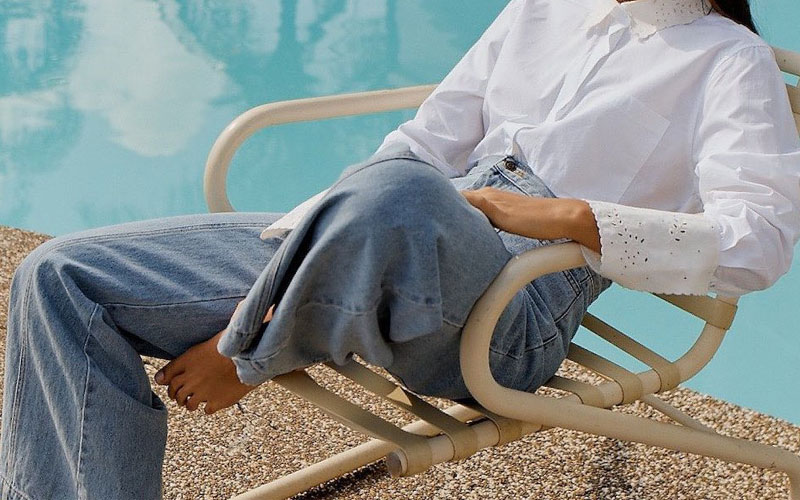 Choose comfort denim jeans that will take shape as your suit of armor. We all Love Denim jeans and apparel, but ever…View More 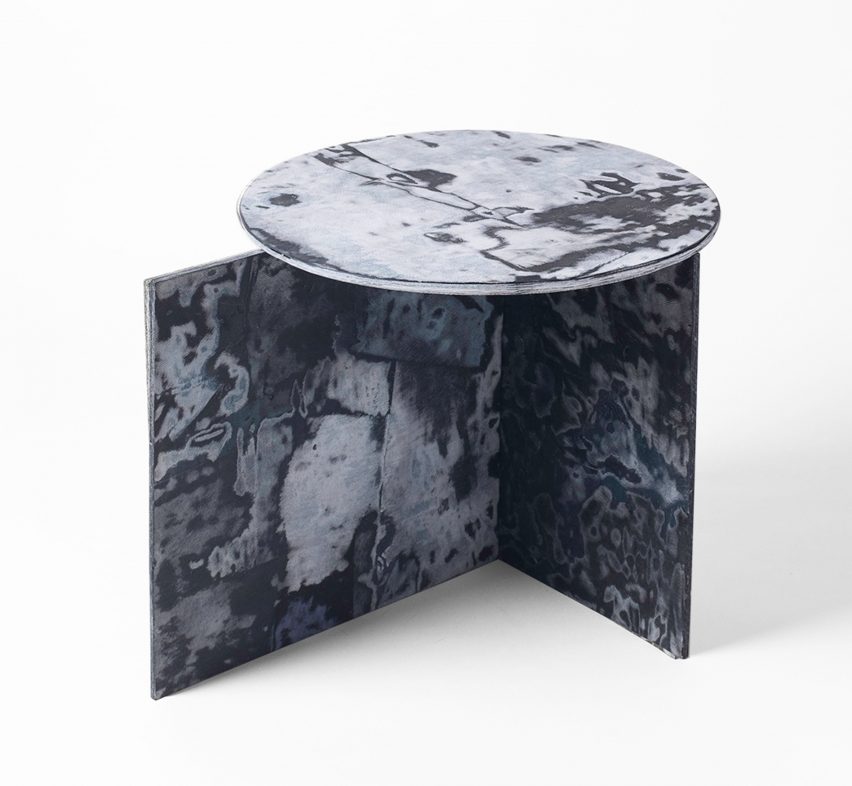 How Old Denim is Recycled into Furniture!

In order to decrease wastage and make Planet Earth better for the future generation, it is important to take effective steps. By…View More

--/-- : --/--
We use cookies to ensure that we give you the best experience on our website. If you continue to use this site we will assume that you are happy with it.Ok